Memphis is in Top 5 best cities to retire 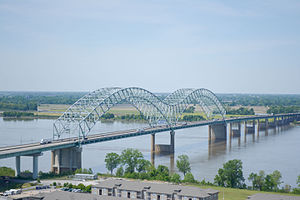 Saving for retirement is difficult but it’s a reality we can’t escape. You need a plan if you want to retire comfortably, or live in a place that offers more bang for your retirement bucks!

A recent GoBankingRates.com survey found that 42% of Americans currently have less than $10,000 saved for retirement. According to the U.S. Bureau of Labor Statistics those aged 65 and older spend an average of almost $46,000 on living expenses per year.

If you live in Memphis you’re in luck

According to gobankingrates.com Memphis is the 4th most affordable city to retire. Annual expenditures are $33,859, theres an average of $10,020 spent annually on housing, and only $5694 spent annually on health. The cost of living in Memphis is 26% lower than the national average, and our city is among the lowest in annual amount spent on transportation, utilities and housing.

Not to mention we have the best food, music and entertainment out of the other 3 cities that made the list, but that’s pure Bluff City Team bias.

Living in the lap of luxury!

Living in the lap of luxury! If you are a pet owner in the Mid-South...
Read More

This ugly Christmas sweater is as Memphis as it gets, mane

ShameFinger has been shredding about the Memphis punk scene since 2015. In that time, the quartet...
Read More